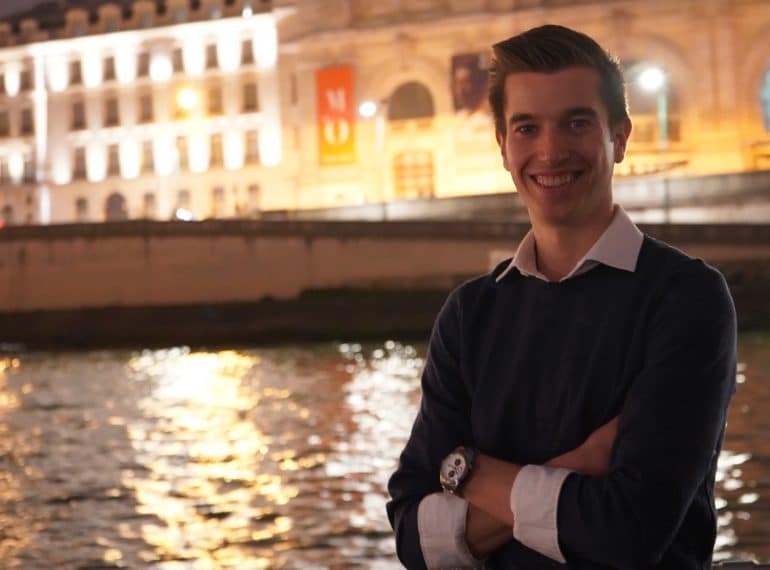 Right from the start, Joshua Domb’s professional life had its fair share of excitement!

Just a few months after leaving QE, Josh found himself working at an investment bank and thus witnessed at first-hand the careers carnage among the bankers as the 2008 global financial crisis swept across the City.

He then embarked on a legal career that has so far taken him from the Old Bailey in London to court rooms formerly used for Mafia trials in Milan and from down-town Abu Dhabi to the heart of Sao Paolo. His work as a lawyer has seen him supporting big business and advising wealthy individuals, while also saving the jobs of 17 quarry-workers.

In his spare time, Josh (OE 2001-2008) now enjoys long-distance running and also frequently makes time to meet up with fellow old boys of the School.

After taking his A-levels in History, Politics, Business and Accounting, before taking up his place to read Law at Nottingham University, Josh spent eight months working for professional services firm Accenture.

“Most memorably, my first day on a client site saw me walk into an investment bank on the day that Lehman Brothers went bust – the ultimate experience of being thrown in at the deep end.

“Not having a degree or really being able to contribute to the project I had been assigned to in any significant way, I instantly became the most hated person in the office, protected as I was on an external project team whilst, over the next three months, bankers with 20-plus years’ experience got fired around me. By the time I moved on, you could fit everyone who was left on the three floors that the bank had in that particular building on to a single floor. Not fun, but a great learning experience!”

He then worked for law firm DLA Piper, where he trained as a solicitor, ultimately qualifying into the Corporate Crime & Investigations (CCI) Team. After four years, he moved to Paul Hastings’ London office and was tasked with helping build the American law firm’s CCI team there. He has now been at Paul Hastings for two-and-a-half years.

In addition, Josh occasionally deals with tax fraud investigations and spends quite a lot of time doing work involving the gambling industry “which has to deal with all of the things listed above, but with the added slant of industry-specific regulation”.

Among the highlights from his “exciting” last six years as a lawyer, he lists working on former News of the World editor Andy Coulson’s defence team in the high-profile phone-hacking case, spending almost four months in the Old Bailey during the trial itself.

“I am also part of a team which represents a former member of the British Government in an ongoing trial in Milan, where I have probably been 20-30 times over the last few years.”

There have been definite highs – “rescuing a quarry near Newcastle from a bitter dispute with HMRC and saving the workers’ jobs in the process” – and even, he recalls, the occasional low: “Going to prison! It was to interview someone who had stolen £1.7m and they let me back out again after – still, not an overly pleasant experience.” 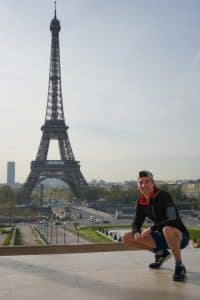 In one period, he held meetings in an aircraft hangar full of disassembled private jets, just outside Paris, while at other times he was to be found variously: wandering around downtown Abu Dhabi at 2am; eating out in Sao Paolo; running around Central Park whilst the sun set on New York, and spotting the world’s largest sail ship whilst walking the streets of Gibraltar.

Travel is, in fact, at the forefront of his interests outside of work: “I love to get away long-haul at every opportunity. Cuba, Japan and Malaysia have been some recent highlights on that front.”

He is a also keen runner, completing his first sub 3-hour marathon in Frankfurt last October and finishing his first 50-mile ultra-marathon around the Chilterns in just under 10 hours a couple of weeks ago. “I am also a keen photographer, and enjoy listening to audio books, which I find is a nice change from the substantial amounts of reading I do every day at work.”

“Thinking back to my time at QE, the thing that has surprised me most, over ten years on, is how many people are popping back up in the most unexpected of places! I have taken many old classmates out for business and social dinners over the last year or so, and have a few more to get through this year also.” 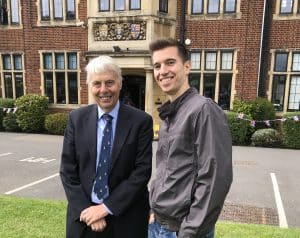 When he stopped by for the Founder’s Day Fete in June, he found it “a source of great satisfaction to see how well the School was doing”.

“There are plenty of teachers and moments that stand out from my time at QE. To pick one of the funnier stories, I used to play rugby at scrumhalf, normally on the C team, but occasionally scraping my way into the B team. It would be a stretch to say that I was much good though and, my growth spurt coming a little late, I was certainly amongst the smaller in stature on the field.

“I recall on one occasion that we were playing away (I think against Habs) and I got unexpectedly drafted in at fullback on the A team (to cover for an injury, not because I was anywhere near good enough!). Thankfully my colleagues did most of the work and I wasn’t called on to get particularly involved – I never did have that ‘off-switch’ for danger in my brain that I think is so important for a fullback!

“Even if I wasn’t much good as a player, the School did give me a real love of watching rugby, which I maintain to this day.

“My single most important piece of advice to the current students is to never be afraid to ask someone for something. It’s amazing just how much people are willing to give of their time, contacts, knowledge and experience, if only you are willing to ask. Related to that, get over the fear of being told ‘no’ or turned down. You almost certainly didn’t have whatever you asked for before you got told no, so really you haven’t lost anything!”