Happy at Harvard: Opportunities abound for Sahil at the Ivy League university 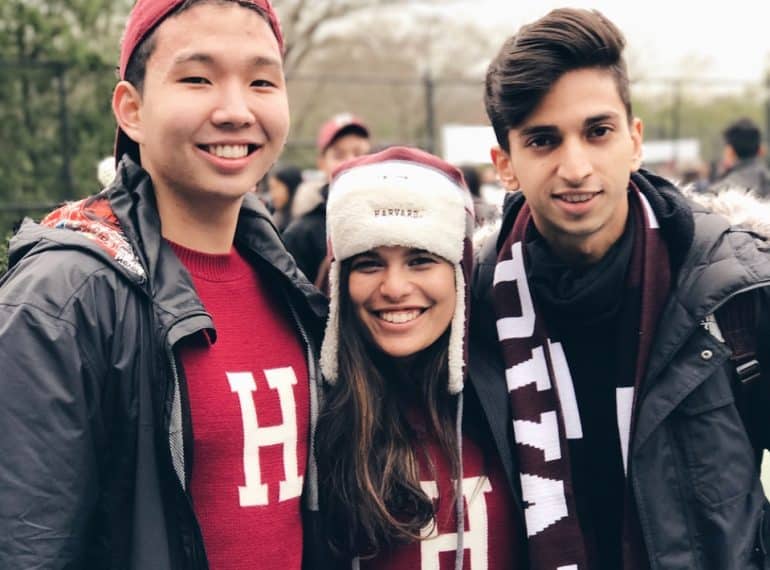 2016 leaver Sahil Handa has been reflecting on a packed first year at Harvard that has seen him embrace activities ranging from drama and dance to journalism and entrepreneurship.

The former School Vice-Captain, pictured above right with friends at the Harvard vs. Yale football match, decided to pursue a Liberal Arts degree at Harvard after being offered places at three Ivy League colleges. Sahil (OE 2009-2016) took up his place last September following a gap year.

“It has been an incredible year at Harvard and I am the happiest that I can ever remember being,” he says. “The university offered me more opportunities than I could ever have imagined; the people I met, the classes I took, and the adventures I enjoyed have made me extremely thankful for the chance to study in Boston.” 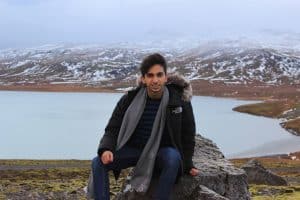 At School, Sahil was elected a drama director and also ran the QE dance club for four years. He has built significantly on this QE experience at Harvard: “I was the lead male actor in a play called JOGGING, which was performed eight times at the American Repertory Theatre and directed by professional director Melissa Nussbaum. The play is set in Beirut, deals with themes of religious violence, feminism, and motherhood, and involved me playing six different men at different stages of life. It was definitely the most intense (and rewarding) theatrical experience I’ve had so far; luckily, my mum was able to visit and watch!”

Sahil was a dancer and model for the Eleganza Fashion Show – a large charity event held in Harvard’s ice rink, which “involved lots of dancing, strutting and attitude!” – and was the Bollywood choreographer for Ghungroo, a South Asian cultural show, for which he created and taught a routine to 30 students who had never danced before.

His writing skills have rapidly attracted attention. He has won a place on the editorial board of Harvard’s renowned student newspaper, Harvard Crimson, and now writes articles for its opinion section. “I have recently been made a Harvard Writing Center Tutor,” he adds. “This is a paid part-time job reserved for undergraduates who have shown excellent writing capabilities during their time at the university, and it involves me helping undergraduate and graduate students who are struggling with an essay.” In addition, he took a workshop with Man Booker prize-shortlisted author Neel Mukherjee. “I have been writing a lot of fiction, particularly short stories,” he adds.

Notwithstanding all these extra-curricular activities, his classes have been a highlight of the year, reports Sahil. “My favourite courses were High and Low in Post-war America – a tour of Post America’s cultural theory, art, poetry, literature, music, race relations, journalism and philosophy – and Early Modern Philosophy: Self and World –an introductory philosophy course that focused on metaphysics and epistemology. I’m looking likely to major in a combination of Philosophy, Psychology and English Literature, but I’m certainly enjoying the freedom that comes with being able to pick across all of the disciplines.” 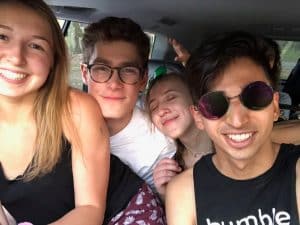 During his first year at Harvard, he has taken a few trips with fellow students, which has served both to deepen friendships and to further his love of travel. These included a road trip & trekking expedition in Texas and a last-minute trip to Iceland a week before examinations, with Sahil and his fellow students taking advantage of $100 tickets and studying on the aeroplane to make sure their results did not suffer.

And after the final term ended last month, Sahil headed up to the famous tourist hotspot of Cape Cod to stay at the house of his best friend. “I actually met him on my gap year; we decided, along with a few other Harvard gap-year students, to backpack around Southeast Asia for two months as a group.”