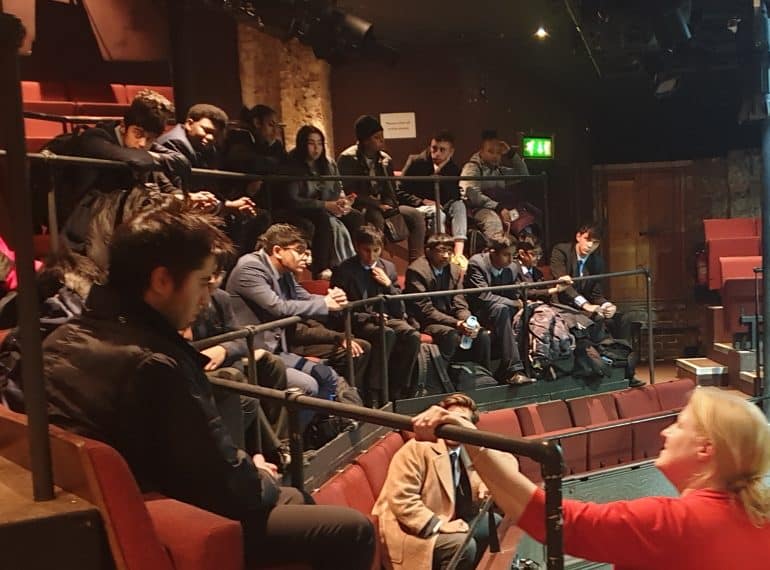 Members of the cast for QE’s forthcoming 2020 School Play enjoyed the opportunity to see a critically acclaimed London production and to meet both an actor and a stage director. 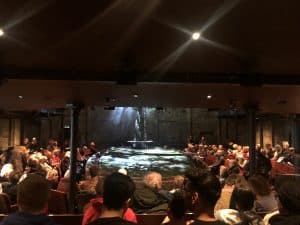 Year 8’s Girish Adapa won the group’s trip to the sold-out production of Albion at the Almeida Theatre in Islington as the prize in a Christmas quiz in The Day, an online daily newspaper for teenagers.

Albion, by Mike Bartlett, is a play is about nostalgia and national identity. It has widely been seen as a Brexit allegory.

The actor who met the QE group after the performance was Helen Schlesinger, known for her work with the Royal Shakespeare Company. In Albion, she plays a novelist who is the friend of the chief protagonist of the play, giving a performance described by the Telegraph’s theatre critic, Dominic Cavendish, as “brilliantly wafting”.

The boys asked her questions about: acting techniques; the career progression of an actor; managing rejection and stress; the relative merits of stage and screen work; working with directors and other actors. and getting into character. 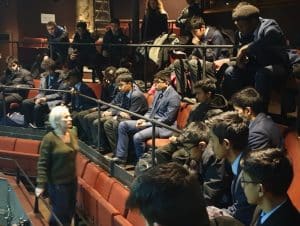 The boys, many of whom will be involved in this year’s School production of Dr Jekyll and Mr Hyde on 25th and 26th March, were also given the opportunity to meet Almeida’s Stage Manager, Linsey Hall, who answered their technical questions on how long it took to build the set, the practicalities of using real plants on the stage, and how they drained water from the grass.

Head of English Robert Hyland, who accompanied the QE pupils, along with Head of Library Services Surya Bowyer, said: “The boys thoroughly enjoyed the trip – it was a valuable experience to see a professional play of this calibre. I found the production intensely powerful: it’s a play which resonates with the ‘now’ of British society in a rich, thought-provoking, and emotionally moving way.

“I know that many of our boys were taken aback by the force of the performance, and the complexity of the message behind it,” added Mr Hyland. “It’s a really rare opportunity for them to be able to see a play with such high production values, and even rarer to be able to meet members of the cast and production team after the show. The questions asked by students were probing and reflective, both from the perspective of performance and stagecraft, and from the perspective of meaning and metaphor.”

Girish, whose quizzing skills led directly to the outing, agreed with Mr Hyland’s assessment, saying the play was “very moving”.