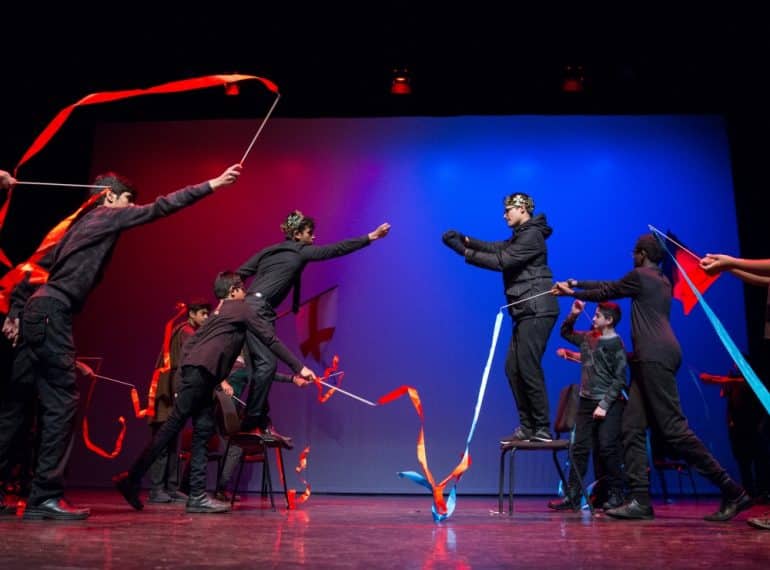 While the School’s actors impressed their local audience as they took on Henry V for a second consecutive year, at a national level the Shakespeare Schools Festival also turned the spotlight on QE as part of its 18th anniversary celebrations. 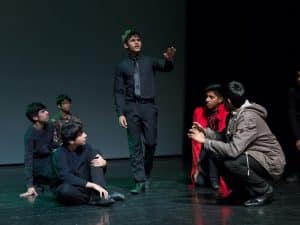 Following Mrs White’s retirement, for the first time the School’s production was delivered in partnership with the Rough Magicke drama school. Rough Magicke’s teacher, Gavin Molloy, prepared and directed the boys, from the initial day of auditions with 60 young hopefuls right through to the final performance at the ArtsDepot in Finchley with a cast of 30.

QE English teacher and Extra-Curricular Enrichment Tutor Micah King said: “Our Henry V was really moving – and particularly the battle scene between the English and French troops, performed in an emotional and visually stunning way with most of the cast on stage. I thought the students were a real credit to the School, and tribute should be paid to Gavin Molloy who worked exceptionally hard with the students to help them create a wonderful performance of Shakespeare.” 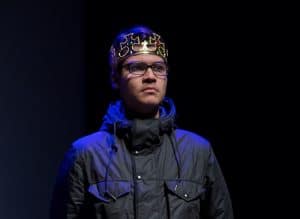 Supporting the cast was Year 12’s Arjun Patel, who was in charge of lighting and sound.

The other schools performing their abridged versions of plays on the same night at the ArtsDepot were Alexandra Park School, with Romeo and Juliet, Friern Barnet School, who took on Macbeth, and West Lea School, who performed The Tempest.

In the national programme, Rahil said: “The festival gives young people the opportunity to come together to be part of a cast and express themselves on stage, allowing them to build their confidence and be part of a team regardless of age, what they study and their other interests.

“Leading on from that, what is also important to stress is that SSF is not only for people that want to pursue the performing arts in the future as a career; it is for everyone. 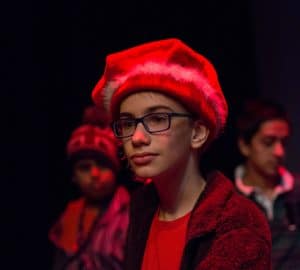 “Personally, I hope to do computer science at university, but still appreciate the fact that SSF has allowed me to perform Shakespeare and take part in drama in my free time. It provides something different to my academic aspirations, and offers a balance that I think is both crucial and beneficial.”

For her part, Mrs White wrote: “I would have to say that my #BreakthroughShakespeare [an SSF hashtag for its 18th anniversary] moments are seeing young people overcome personal barriers to perform on stage. For instance, some students who initially lacked confidence in speaking were able to succeed in academic interviews. For others, the discipline of learning lines helped them with memorising, which in turn supported them with their studies. I’ve seen what a positive impact SSF has had on so many students that it would be difficult to single out just one!

“SSF to me means happy students…excitement and memories that will last a lifetime. Enjoyment which I know they take with them into student life.”

Boys have now begun rehearsals for next term’s School Play production of Lord of the Flies.